Don’t hesitate to get the latest Meditech model

We are excited to announce that the latest Meditech ABPM device is finally available on the international market. The official launch was on the 1st of March, however, some of our partners were testing the ABPM-06 device in the last couple of months, and they were more than satisfied with the unit.

There is one thing you can be sure about: the quality of the product makes the ABPM-06 unit fit into our portfolio. With 30 years of experience, our developers were able to design a product that is as reliable as all of the Meditech units, but goes beyond the basics at the same time.

If you are interested in the unique selling points from the perspective of the manufacturer, please check the subpage of the ABPM-06 model, or download its brochure. In this article, we are focusing on feedback from resellers and end users. 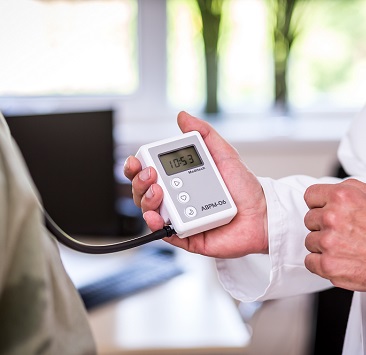 Mr. Andrew Webb, the managing director of PMS Instruments, our UK authorized distributor has published a flattering review on our new BP monitor, and the whole article is worth a look. Let us emphasize the part talking about the advantage of the new SleepWell® technology:

„I was aware of the monitor going off at night but the new SleepWell® function added to the new AA grade algorithm meant the device wasn’t uncomfortable and the measurement inflation and deflation time was quick.”

Our Egyptian partner, Teqnia For Engineering & Development let some cardiologists from Al-Azhar University test the device. Overall, the doctors’ feedback was very good, they got some really nice first impressions. What they highlighted the most was the inbuilt voice recording. This function allows medical professionals and patients to record the most important data during the programming and the examination session alike. 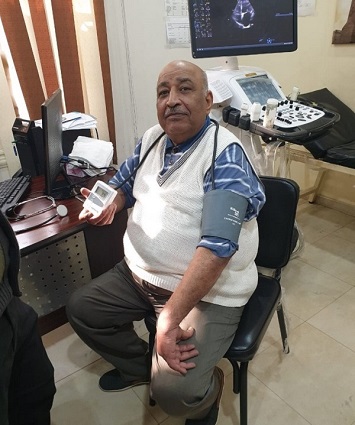 General as well as pediatric cardiologists also participated in testing ABPM-06 thanks to our partner in Slovakia. iTech Medical allowed some prestigious doctors to give ABPM-06 a try, and they were absolutely satisfied with the result. A pediatric cardiologist even rated the products as perfect! They liked not only the silent operation of the device, but also the new inbuilt voice recording feature. The icing on the cake was the small and lightweight design of the BP monitor. They also appreciated that compared to the ABPM-05 default kit, Meditech has replaced the optical interface cable with a standard mini USB cable.

Alned from Bulgaria has also tested the brand-new ABPM-06 unit, and they have sent demo units to three prominent doctors, so they had the opportunity to try the device. They were all surprised by the accuracy and reliability of the ABPM-06. Even though all of the Meditech equipment included in our portfolio is accurate, the improved algorithm allows the ABPM-06 to get A/A grade validation according to BHS protocols.

If you want to take a look at the device, visit our booth No 344.D at Expomed Eurasia, or order your brand-new ABPM-06 kit now!